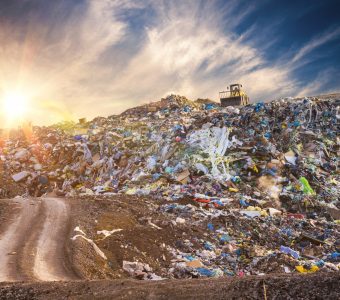 The liabilities associated with purchasing a potentially contaminated site are far from straightforward and the Court of Appeal judgement in the case of Powys County Council v Mr. Price and Mrs. Hardwicke highlights this better than any.  The recent refusal of permission to appeal by the Supreme Court cements the original Court of Appeal ruling.  Those who own potentially contaminated sites (such as former landfills) and their advisors need to be aware of the ramifications that this judgement has regarding contingent liabilities (i.e. a liability that may occur subject to the outcome of a future event).

The contaminated land regime came into force in England and Scotland in 2000 and in Wales in 2001 via Part 2A of the Environmental Protection Act 1990.  This introduced the concept that responsibility for the remediation of contaminated land lies retrospectively with the person who has caused or knowingly permitted the contamination to occur (defined as Class A persons).  If these persons cannot be identified or no longer exist, then liability falls to the current owner or occupier (Class B persons).

This position was challenged in a well-documented case between the Environment Agency and Transco plc (now National Grid Gas plc).  In 2007, the Environment Agency and Transco plc disputed liabilities associated with contamination arising from a former gas works.  The House of Lords ruled that the term appropriate person under the legislation did not encompass a successor to the business of the original polluter and so Transco were deemed not to be liable for pollution caused by their predecessor, British Gas plc.  The case was carefully followed by the contaminated land community here in the UK and it has had a knock-on effect with regard to the remediation of such sites under Part 2A.  Where Local Authorities previously thought they might pursue a Class A polluter for remediation costs, they may now have to claim from Class B persons with limited funds.

Meanwhile, in Wales, Powys County Council were considering their position relating to leachate contamination arising from a former landfill site operated by their predecessor from the early 1960’s to 1993.  The land was sold post-filling to Mr. Price and Mrs. Hardwicke.  The Council had initially considered itself liable for the contamination and subsequently undertook monitoring and remedial works.  However, the ruling in the Transco case made them reconsider their position given that the landfill site was operated by their predecessor, the Borough of Brecknock and Builth Wells Urban District Council.

Contrary to the findings of the Transco case, the High Court ruled in 2016 that Powys County Council would, in fact, be liable under Part 2A if the landfill resulted in the site meeting the definition of contaminated land.  The judge considered that the Council had taken over the liabilities of its predecessors, the Borough of Brecknock, under legislation allowing for local government restructuring in Wales in 1996.  Whilst this was not good news for Local Authorities, it gave comfort to owners and potential purchasers of such sites that they might direct liability for contamination on these sites back to the original polluter.

However, following an appeal by Powys County Council, the High Court decision was overturned.  The Court of Appeal decided that the Borough of Brecknock had not been under liability at the time of transfer to Powys County Council because Part 2A of the Environmental Protection Act, which could result in the future liability, had not come into force at that time.  In other words, had Part 2A been in force prior to the restructuring of the Councils then the Borough of Brecknock’s liabilities would have been passed to Powys County Council and they would have retained liability.

What this means for private land owners

Many land owners assume that pollution liabilities are based on the polluter pays principle, though it is clear from the above that determining liability on such sites is not that straightforward.  In fact, this case means that that it is more likely than ever that landowners will shoulder the burden of remediation costs for such sites if determined under Part 2A.

Owners or potential purchasers of former Local Authority landfills will need to carefully consider their potential liabilities by understanding the operation dates of the polluting activities and whether they might be affected by local government restructuring.  The particulars of any sales contract should also be carefully considered with regard to the transfer of liabilities.  Otherwise, unsuspecting land owners could find themselves liable for pollution impacts and remediation costs under Part 2A if the site is determined as contaminated land.

There are many operational, closed and historic landfill sites across the country which could represent a pollution risk from leachate, landfill gas, soil contamination etc.  and it is likely that there are as many land owners who are unaware of their own position with respect to contingent liabilities.  As local government bodies shield themselves behind this ruling, it may reduce the value of former Local Authority land where the risk of determination under Part 2A exists.

Nevertheless, where there is adversity, there is opportunity!  For those developers who are familiar with the redevelopment of brownfield sites this may provide them with a unique opportunity and consequently reduce the pollution burden on the environment and the burden of liability on those land owners who are less experienced or who are financially unable to address the pollution issues.  The hope, therefore, is that this Court of Appeal judgement will have a wider positive impact, resulting in environmental improvement for communities local to such sites which is, after all, the spirit in which Part 2A was intended.